The US Government Needs A Commercialization Strategy For Quantum – TechCrunch 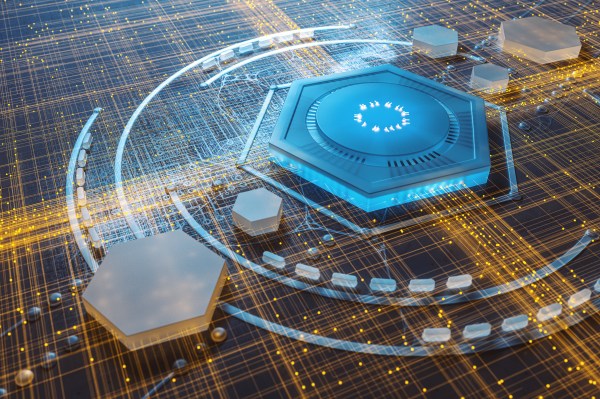 Laura E. Thomas is the senior director of National Security Solutions at quantum sensing and computing company ColdQuanta. She is a former Central Intelligence Agency case officer and Chief of Base who built and led sensitive programs at CIA headquarters and abroad in multiple international assignments.

Quantum computers, sensors and communications networks have the potential to bring about enormous societal and market opportunities — along with an equal amount of disruption. Unfortunately for most of us it takes a Ph.D. in physics to truly understand how quantum technologies work, and luminaries in the field of physics will be the first to admit that even their understanding of quantum mechanics remains incomplete.

Fortunately you don’t need an advanced degree in physics to grasp the magnitude of potential change: computers that can help us design new materials that fight the climate crisis, more accurate sensors without a reliance on GPS that enable truly autonomous vehicles and more secure communications networks are just a few of the many technologies that may emerge from quantum technology.

The challenge of the quantum industry isn’t ambition; it’s scale. Physicists know how to design useful quantum devices. The challenge is building larger devices that scale along with innovative business models. The confluence of talented physicists, engineers and business leaders tackling the problem is reason for much confidence. More private investors are placing bets on the technology. They can’t afford not to — we may look back on the commercialization of quantum and compare it to the steam engine, electricity, and the internet — all of which represented fundamental platform shifts in how society tackled problems and created value.

More difficult than quantum physics, however, is getting the U.S. government’s regulatory and funding strategy right toward the technology. Aligning various government entities to push forward an industry while navigating landmines of regulation, Byzantine government contracting processes and the geopolitical realities of both the threats and disruptions that quantum technology portends will be a challenge much greater than building a million-qubit quantum computer.

While this claim may be slight hyperbole, I’ve now worked in both worlds and seen it up close and personal. As a former CIA case officer, even at the “tip of the spear,” I’ve seen how slowly the government moves if left to its own devices. However, I’ve also seen the value it can bring if the right influencers in the right positions decide to make hard decisions.

The U.S. government must inject more money more quickly into the commercial sector for these emerging technologies. This new technological era demands that we compete at a pace and scale that the government budgeting process currently is not built to handle. Smaller companies can move fast and we are in an era where speed, not efficiency, matters most in the beginning because we have to scale up before our geopolitical competition, which is directly pouring tens of billions of dollars into the sector.

When I was at the CIA, I often heard the words “Acta non verba” or “deeds not words.” In this case, the deeds are putting money on the table in the right ways, as well as not regulating the industry too early. Not everyone in senior U.S. government positions has to believe in quantum’s potential. I wouldn’t blame them if they have some doubts — this is truly beyond rocket science. But the smart move is to hedge. The U.S. government should make such a bet by pushing a commercialization strategy now. At the least it shouldn’t stand in the way of it.