On March 22, Realme will hold a new product launch conference. At the event, it will uncover the much-talked flagship, namely the Realme GT Neo3. As the launch date is around the corner, it’s logical that the company has intensified the release of new promo teasers. With every poster, we learn about a new selling point of the device. In this sense, today’s poster is no exception. It discloses some interesting features concerning its camera. 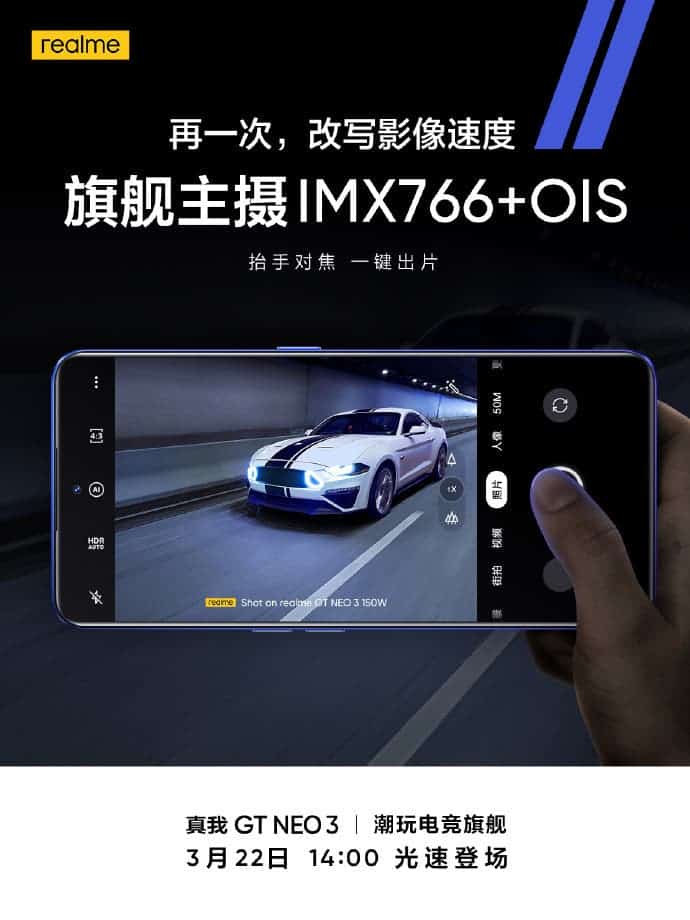 It turns out that the Realme GT Neo3 will come with a Sony IMX766 ultra-large bottom primary camera. The latter will also support OIS + EIS dual image stabilization. Plus, the phone will offer an exclusive street photography mode.

In this regard, Xu Qi, vice president of Realme said that they had thought about whether a trendy gaming flagship needs to come with a strong camera. As a result, they decided to power the phone with the IMX766 + OIS. Honestly, this should be sufficient for a gaming phone in this price range.

As for the rest of the noteworthy features, the Realme GT Neo3 will sport the Dimensity 8100 chip. Apart from this, there will be an independent display chip. So we are talking about Realme’s first dual-core flagship. In addition to the chips under the hood, the phone will also boast a full-blooded version of LPDDR5 memory as well as UFS3.1 native storage. That’s why there is every reason to think that the handset will be very fast. 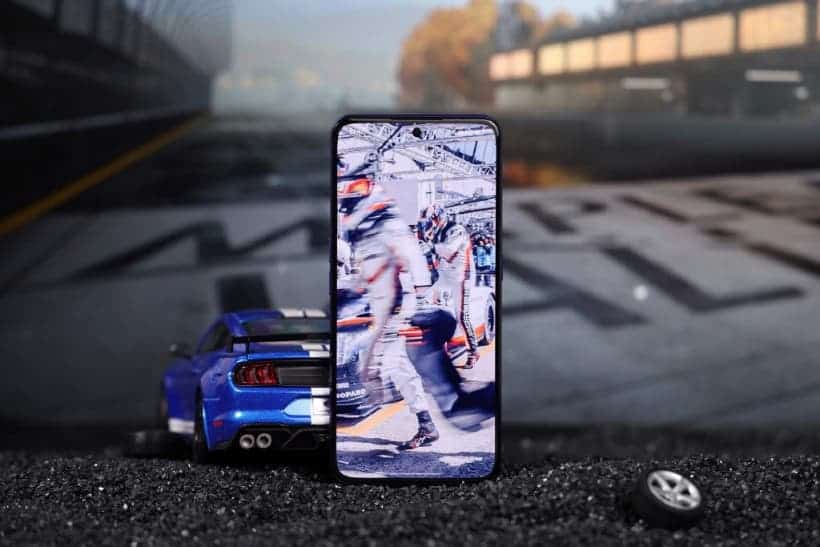 In terms of screen, the Realme GT Neo3 will feature a drill-like flexible straight screen with a higher cost than the GT Neo2. It adopts a new generation of COP packaging processes. Due to it, the chin will be as narrow as 2.37mm. The rest three borders will be at 1.48mm. All these will make the phone’s screen ratio reach 94.2%. Other display parameters include 1.07 billion colors, True Tone display, 120Hz high refresh rate, 1000Hz Smart Instant Touch (touch sampling rate), and HDR10+ certification.

Lastly, the Realme GT Neo3 will be the world’s first phone to support a 150W light-speed fast charging solution. As the company proves, it will charge to 50% in 5 minutes.