Several factors likely fueled Nvidia’s surging stock price. An analyst added the chipmaker to its “best of” list for 2022, citing potential from the metaverse, while the broad market rally was no doubt a contributing factor.

Analysts at Citi named Nvidia as one of their top stocks to buy for 2022. The investment bank cited technical advances in processors and government incentive programs as potential catalysts for increased spending on equipment over the next several years, with semiconductor capital equipment companies well positioned to profit from the additional investment. 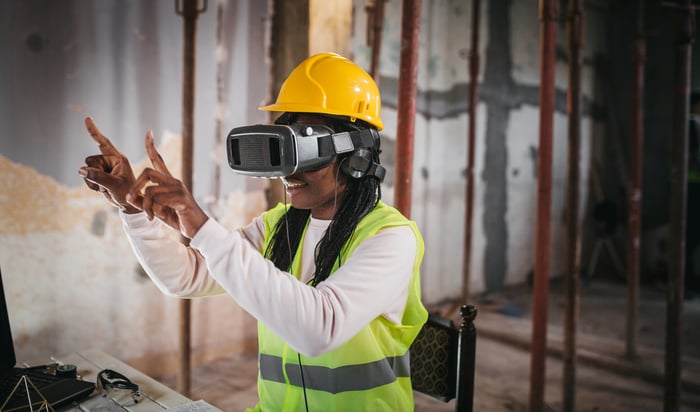 Nvidia is the undisputed leader in supplying graphics processing units (GPUs) for gaming computers, but its state-of-the-art chips have also become the go-to for cloud computing. The superpower of the GPU is parallel processing (the ability to conduct a multitude of complex mathematical calculations simultaneously), which has proved invaluable at building artificial intelligence (AI) systems and moving information quickly and easily around data centers.

Not only is Nvidia positioned to profit from an upgrade cycle for GPUs that is expected to kick off next year, but Citi also identified Nvidia as the “secular winner” in the upcoming metaverse. In addition to Nvidia’s already sizable opportunity, the metaverse could add an additional $10 billion to its addressable market over the coming five years.

Citi has a buy rating on Nvidia stock, with a price target of $350, representing potential upside of roughly 17% for investors over the coming year compared to the stock’s closing price on Monday.

After a brutal few days for technology companies, stocks have come roaring back this week, with the major market indexes squarely in rally mode. On Tuesday, the S&P 500 Index is up more than 2% as of this writing, while the tech-heavy NASDAQ has gained 3%.

This broad-based enthusiasm is no doubt adding fuel to Nvidia’s rise.

This article represents the opinion of the writer, who may disagree with the “official” recommendation position of a Motley Fool premium advisory service. We’re motley! Questioning an investing thesis – even one of our own – helps us all think critically about investing and make decisions that help us become smarter, happier, and richer.